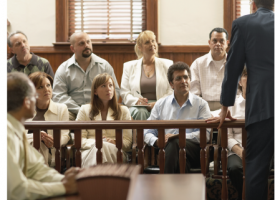 The Morrison law firm of Ludens & Potter is one of the oldest firms in the State of Illinois, having been started in 1868 by Frank D. Ramsay in partnership with O.F. Woodruff. Two years later, Ramsay started his own practice in 1870. Ramsay joined Samuel M. McCalmont (a native of Ustick Township and graduate of Fulton High School) in 1895. After practicing in Fulton for three years, they formed a partnership under the firm name of Ramsay & McCalmont. In 1897 Ramsay was elected circuit judge, and two years later in 1899 Luther R. Ramsay (the son of Frank D. Ramsay) joined McCalmont under the firm name of McCalmont & Ramsay. W. Douglas Little joined them in 1929.

Mason Bull joined the firm after the death of Doug Little in 1935. Two years later, McCalmont also died, followed by the death of Ramsay in 1939. The firm continued through the war years under Mason Bull. In 1952 the partnership of Bull, Ludens & Potter formed, consisting of Mason Bull, Lawrence A. Ludens (a son of the late Judge Harry Ludens) and Robert H. Potter. In 1980 the firm added William A. Burch to the partnership, and four years later, in 1984, Thomas J. Potter (son of Robert H. Potter) became a partner. Mason Bull died in 1983 and Lawrence A. Ludens died seven years later in 1990.

In 1991 Stanley B. Steines joined the firm. Bob Potter died in 2005 and Bill Burch died two years later, in 2007. Stan Steines left the firm in 2006 due to his election to the circuit bench. The firm now consists of Thomas J. Potter as a sole practitioner. 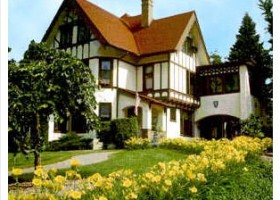 The firm offices were first located in Frank Ramsay’s building at 113½ E. Main Street and later moved to 212 North Genesee Street. In 1992 the firm relocated to the old Baird house at 409 N.Cherry Street. It continued there until 2010, when it moved to its current location, the old E.A. Smith home and former Hillendale Bed and Breakfast, at 600 West Lincolnway.