Mr. Potter began practicing law in 1976 in Wellman, Washington County, Iowa in the law office of Albion J. Young in Wellman, IA, where he served as a judicial magistrate from 1977 through 1981.

He then returned to Morrison to become an associate with the firm known as Bull, Ludens, Potter and Burch and a partner in the successor firms until 2018, when he became a sole practitioner.

A graduate of Carleton College and the University of Iowa College of Law, Mr. Potter has served as an Iowa Judicial Magistrate, and on the Morrison Coliseum Board,  the hearing and oversight boards of the Attorney Registration and Disciplinary Commission and the Sterling Park Board. He is a Special Assistant Attorney General for land acquisition matters. He is admitted to practice in Illinois and Iowa. 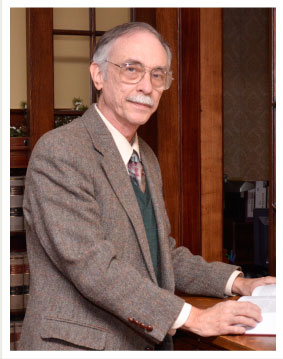